I bought two SocialDeal coupons for horseback riding in early April so that I could surprise L when he's back in Brunei..but we were so busy and only managed to book our rides in July!

I tried calling BEQ's office for numerous times but nobody picked up the phone..I then tried calling the mobile phone provided on the coupon. Still no response. Texted, whatsapp-ed..(sorry, was really desperate)

Ms. Lani then called me back from the office and I managed to secure a slot at 9am on Sunday.
She was really nice in person, but a bit rude over the phone? It's probably just me though..or she's really busy and had a rough time on that day.

Nevertheless, I was really excited! I used to ride on horses and sat on horse carriages when I was young, during carnivals in KB town. I wonder why they no longer organise these anymore :|

BEQ is a little difficult for us to locate..we had to ask around and follow the signage whenever there's one: 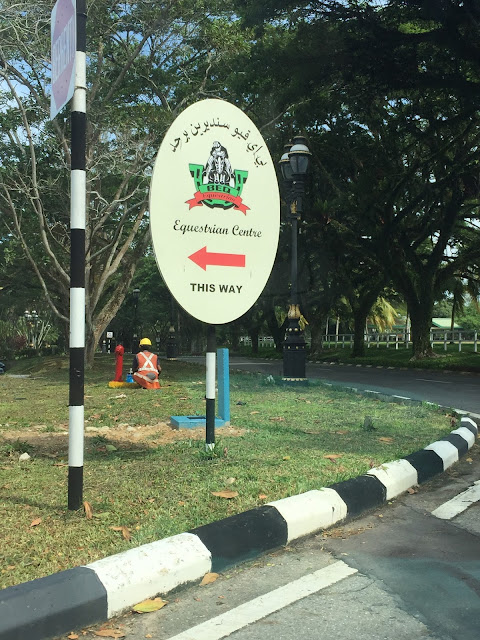 There are lots of horses there! Bluray stuck its head out and greeted us :D 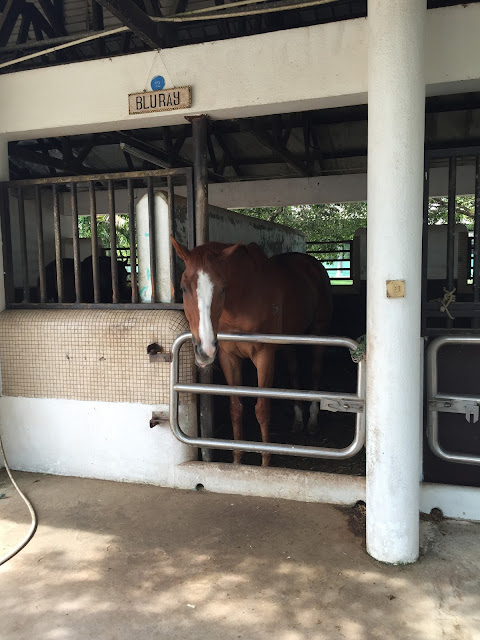 We were told to put on our helmets and off we go!
They prepared 2 horses for us..and I was so excited upon seeing a white horse! 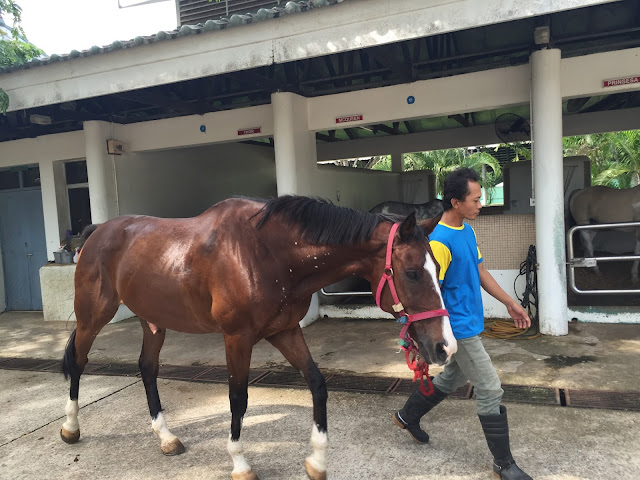 Taquila sunrise; the horse which L rode on 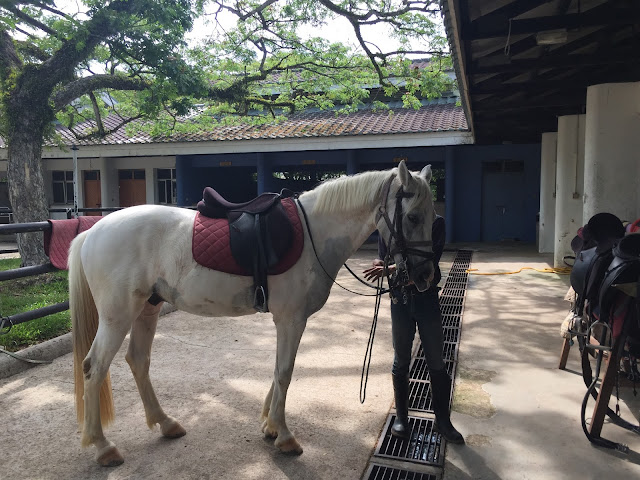 Lavenda; the horse that I rode on 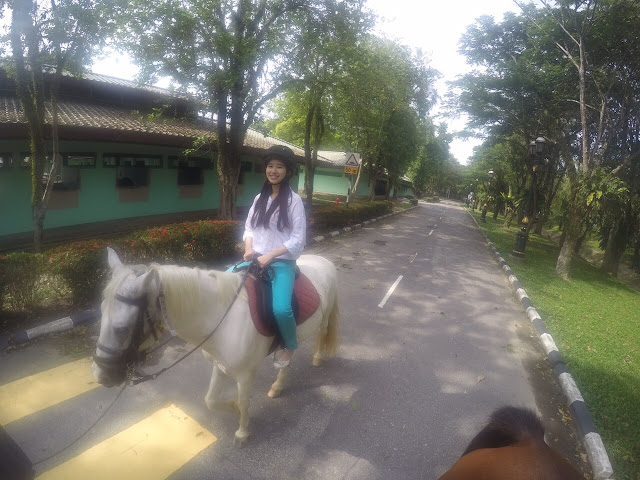 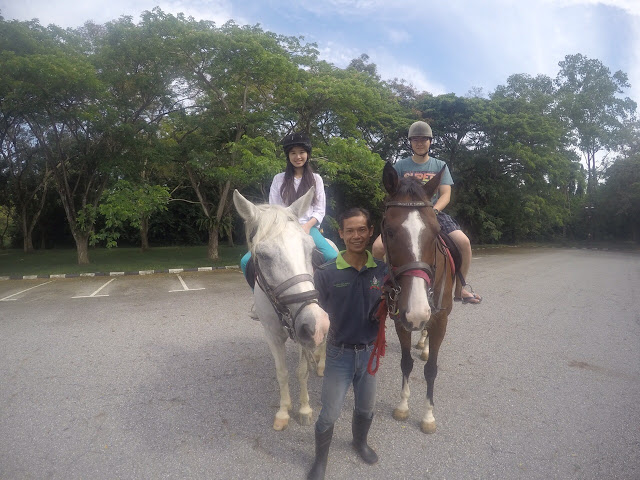 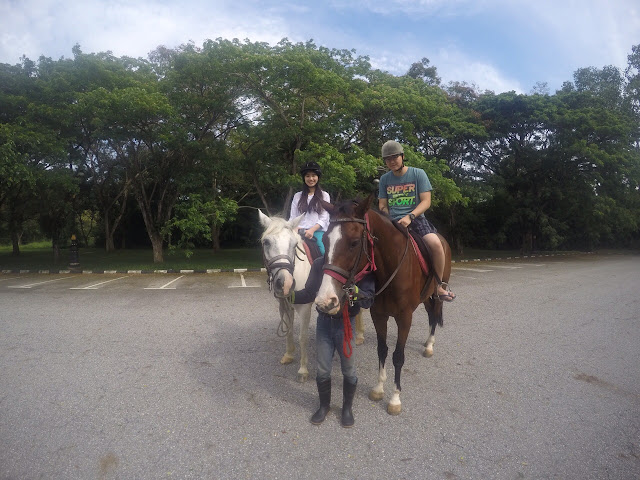 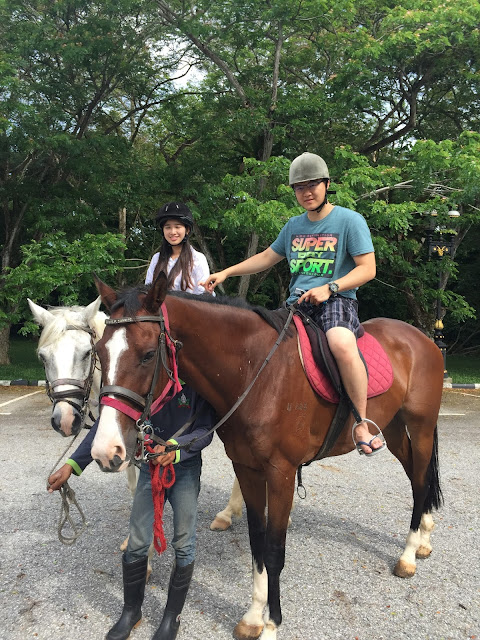 Both Taquila and Lavenda are males. Lavenda is such a nice name for a white horse, but a bit too feminine xD

Since the coupons were valid for 15-20 minutes ride only, we just wandered around the neighbourhood; one round from BEQ to the nearby parking lot and back.
We were fortunate because the sun wasn't really bright on that day and it was quite windy. 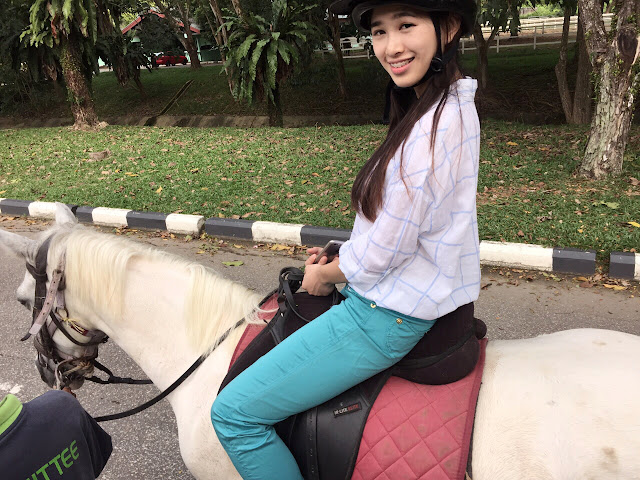 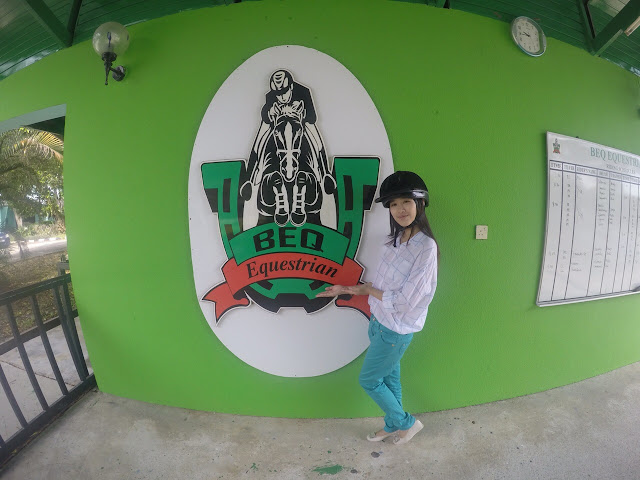 BEQ Equestrian also offered a variety of courses for children and adults. There are also professional equestrian courses and packages.

Email ThisBlogThis!Share to TwitterShare to FacebookShare to Pinterest
Labels: event

I went to the Spongebob Alive Show with Mel & Liew at the Bio Innovation Corridor (former Agro Tech Park, RIMBA)..

I saw the advertisement while shopping one day at Supa Save, Mabohai.
From the poster, it looked really exciting. With all the face painting, boating school etc..so I woke up at 8am in the morning to catch the 9am show.

The entrance fee was $10/adult and $8/children (below 10 years old).
To be honest, the whole Spongebob alive adventure was disappointing..it was meant for children and adults who wanted to bring their children there.

The boating school was a place for children to have colouring sessions and they didn't even use proper face painting materials. I was quite excited for the face paint initially but I didn't want pimples to pop out if they used watercolour on my face D:

The only thing that I enjoyed was the live baby crocodile show, where I met Tick Tock. 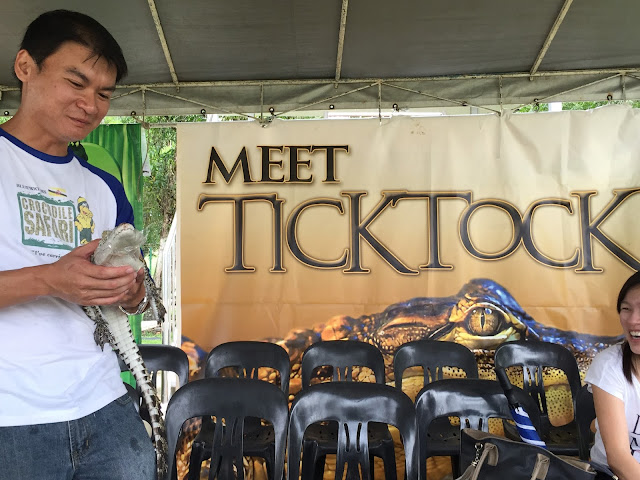 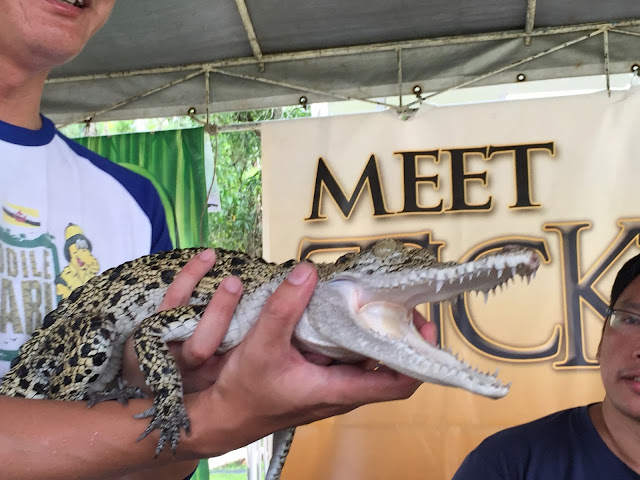 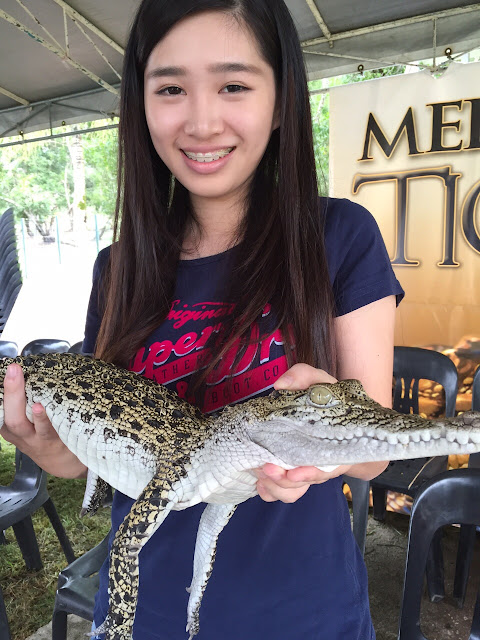 Gained lots of valuable knowledge on how to deal with crocodiles. Tick Tock is capable of biting off a finger! I can't imagine if he grows bigger..

Before the show, we ordered Krabby Patty for $4 each. It consisted crab's meat patty, lettuce, tomatoes and cheese. It's really yummy! I don't mind eating another one. 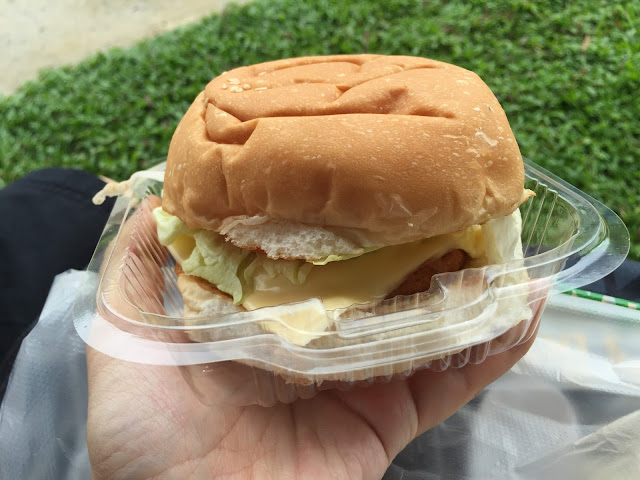 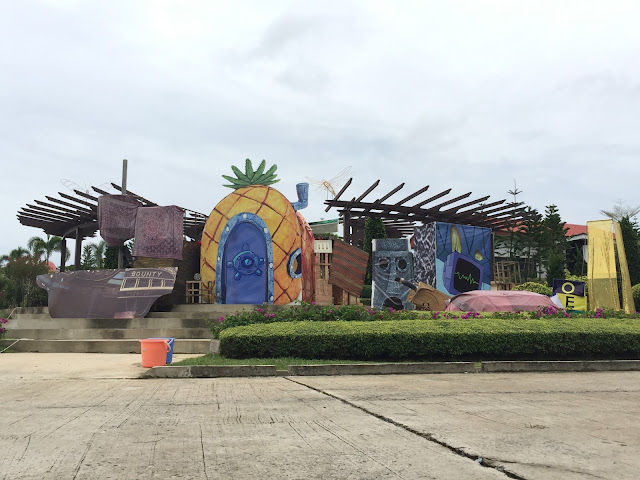 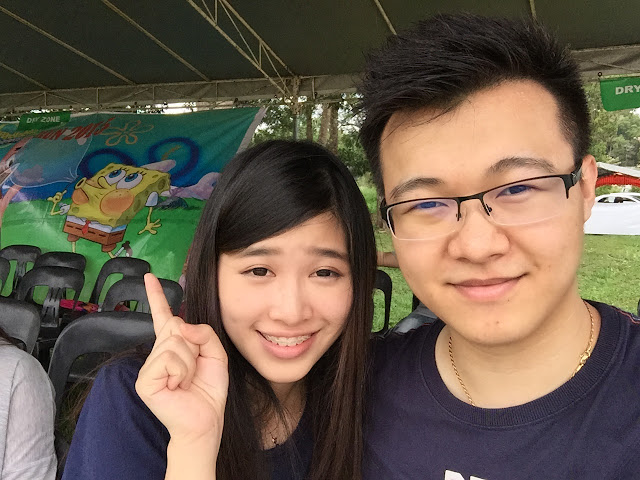 We decided to sit on the "wet zone" but it was really just some kids spraying water using the water guns. 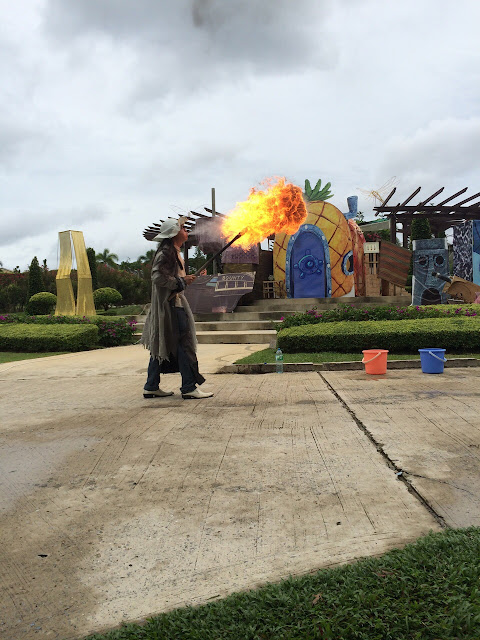 He was also the guy who introduced Tick Tock to us..it's either he's the boss/manager or this event was really shorthanded. 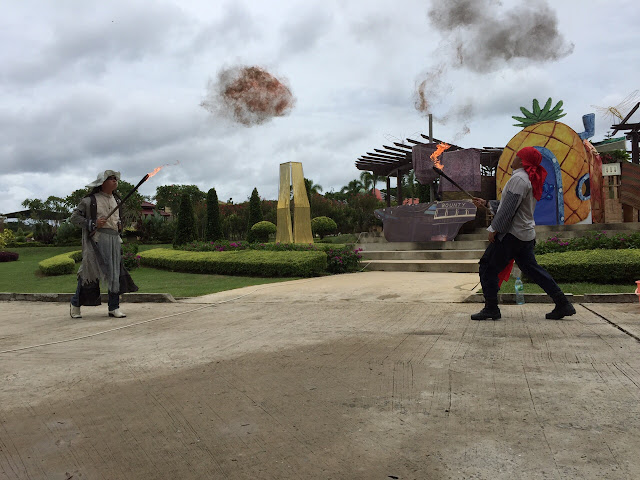 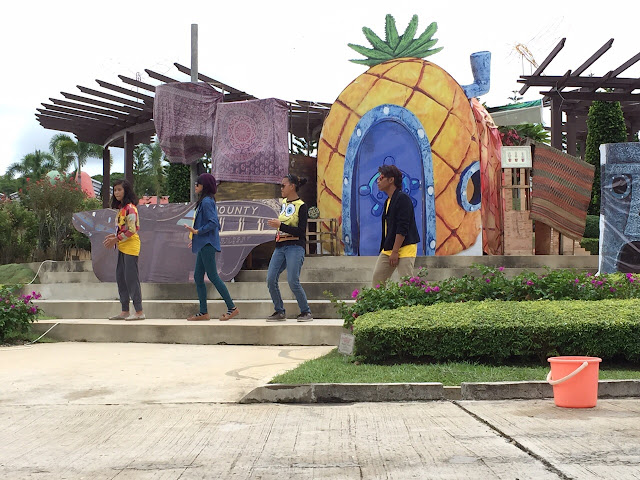 There was a lot of unnecessary dancing parts..but the dancers were not energetic and the music was really soft. It was really awkward and weird. 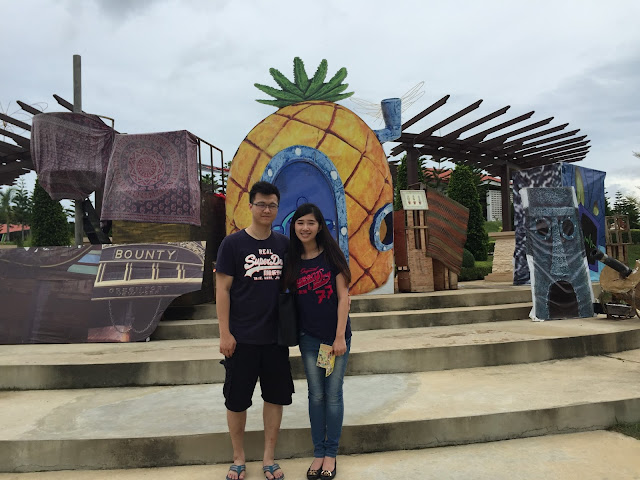 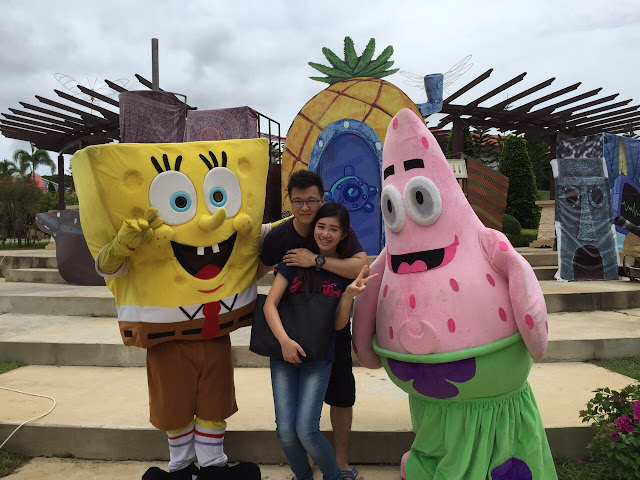 Waited till the end, just so we can take a picture with both Spongebob and Patrick.

That's pretty much it. Honestly, it wasn't anything special but I'm glad I could spend more time with Mel & L.

Since we're already at the Agro Park, we went around the park. The weather was really good as well. Cloudy and windy. 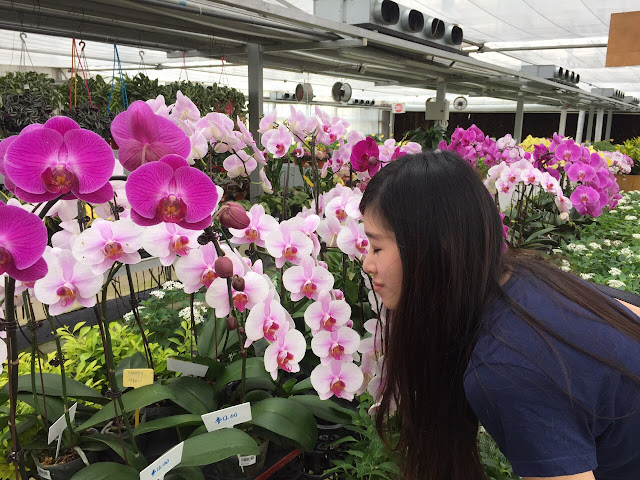 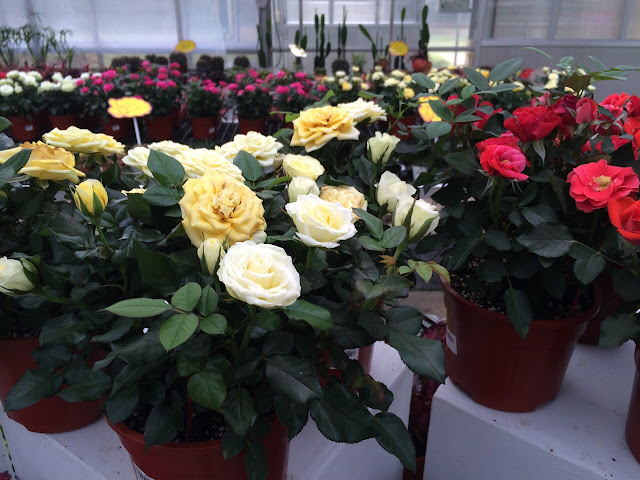 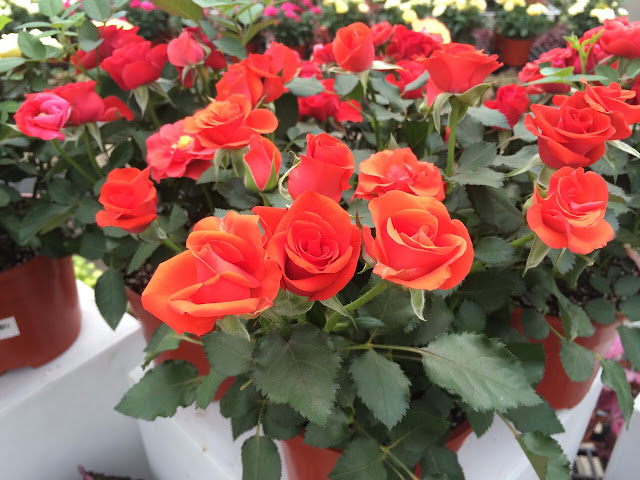 Swam in the afternoon and headed to the consumer fair at night. It was the last day of Consumer fair and I was glad that I insisted in going there!

It was very crowded. The queue for the shuttle bus was so long!! It's probably the largest crowd I've seen in Brunei (probably because I don't go out much). 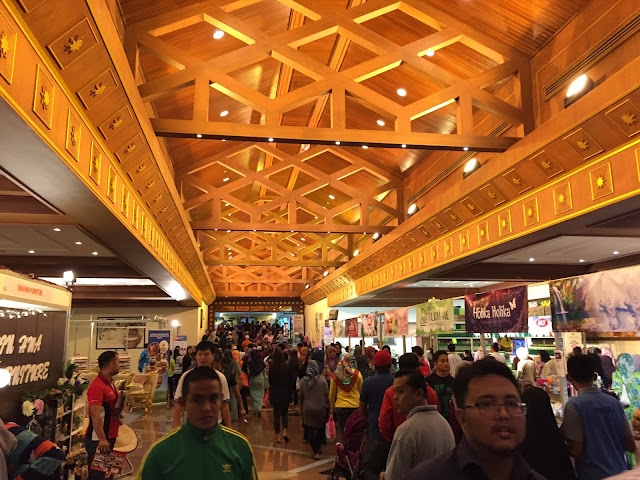 Got these really cute keychain sanitisers! 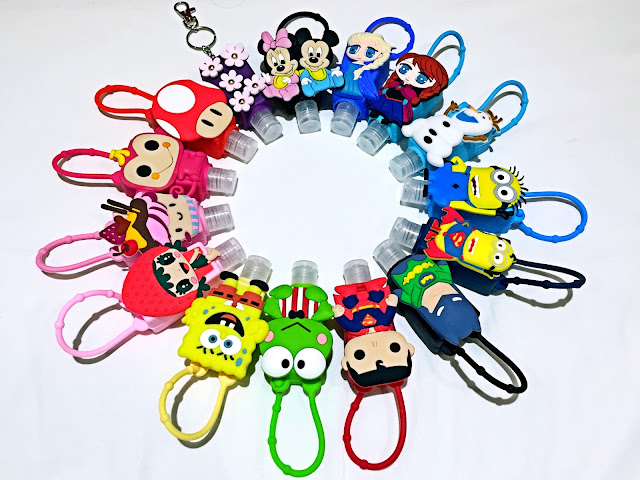