My first St. Patrick's Day in Ireland!
It's the day to commemorate Saint Patrick and the arrival of Christianity in Ireland. It's also the traditional death date of Saint Patrick (March 17th).

Went to the gym with A in the morning and had free pizza + balloon from Four Star Pizza!! Yummmmm 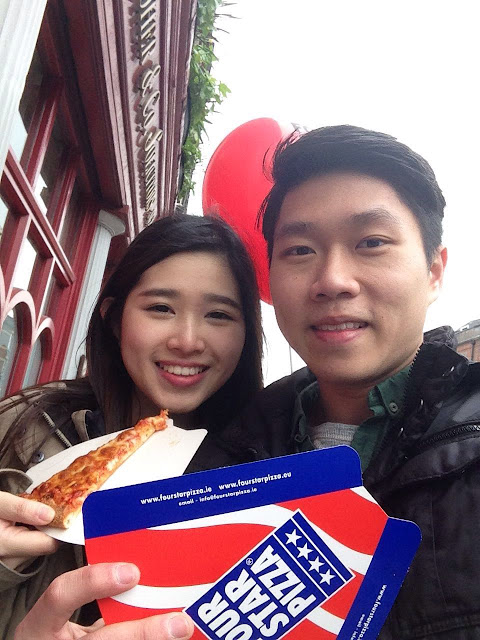 The parade started around 1pm but you were supposed to go early for the front row standing spots...We were late and the whole city centre was already filled with all walks of life!! Luckily, we managed to squeeze through and secured ourselves some spots to enjoy the parade.

It was so cold and I was shivering the whole time T_____T
When will the sun be out :( Ireland is forever wet and gloomy.. 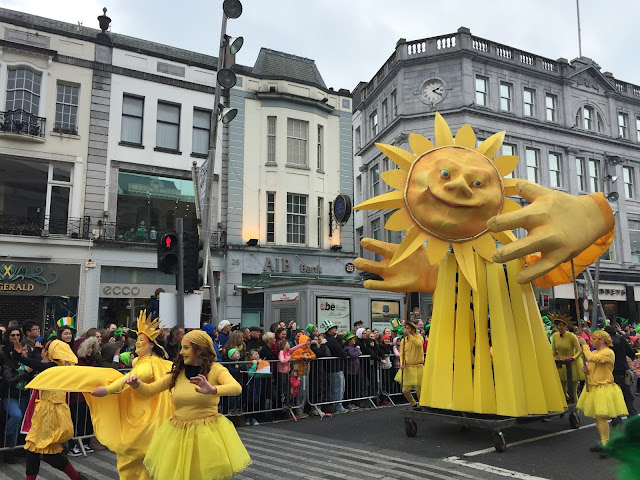 The only sun you will see in Ireland... 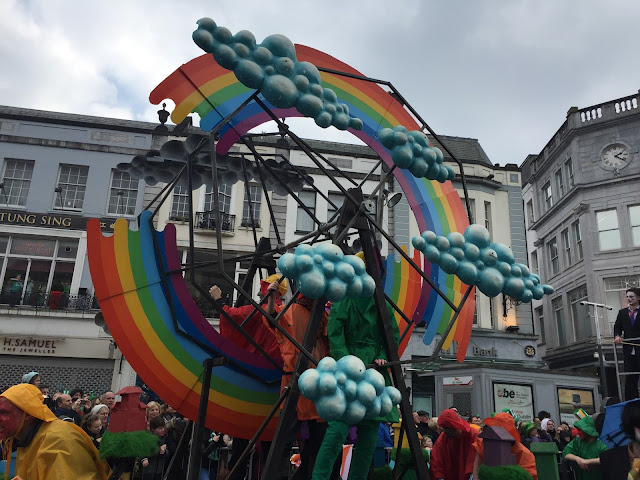 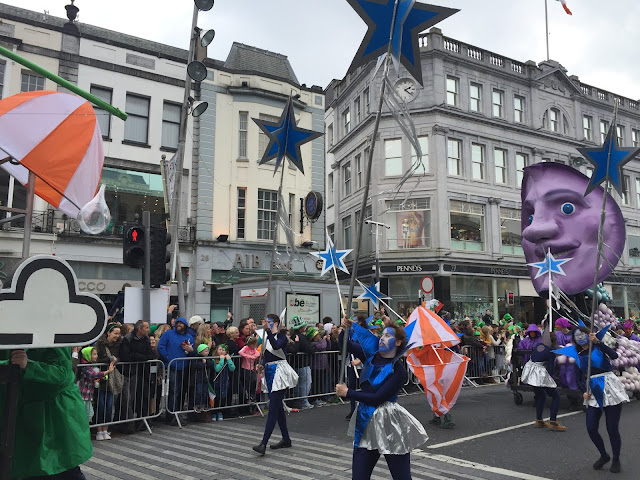 Baby Al's team! She was part of the parade because her friend in the Faculty of Drama and Performing Arts invited her. Such a great experience right!
She walked at path opposite of me and shook hands with the crowd. Unfortunately, she didn't see me at the other end so we couldn't get a picture together while she was participating in the parade. 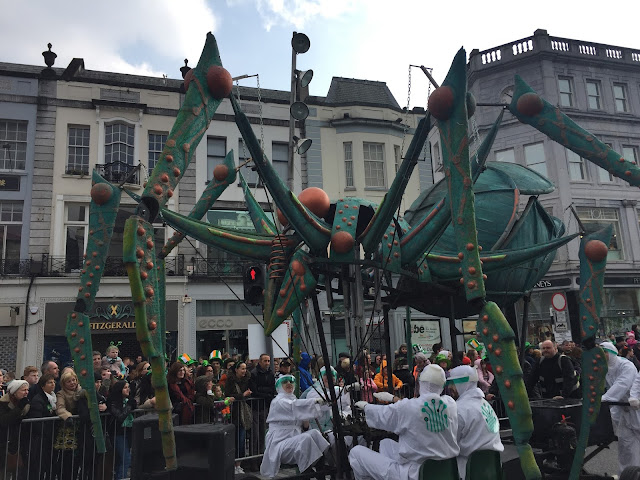 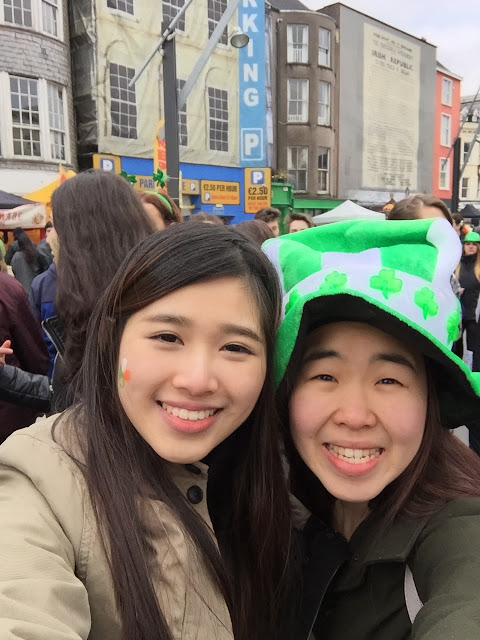 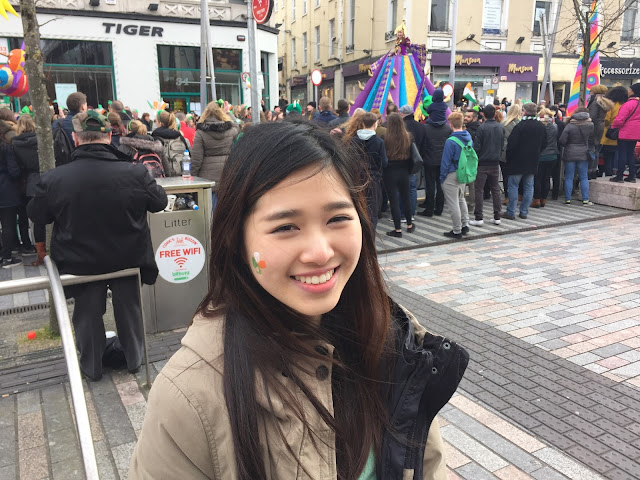 Shamrock with Ireland flag's colours face-painting for €0.50! Thank you A :D
(thought I think the shamrock could be slightly bigger...HAHAHA) 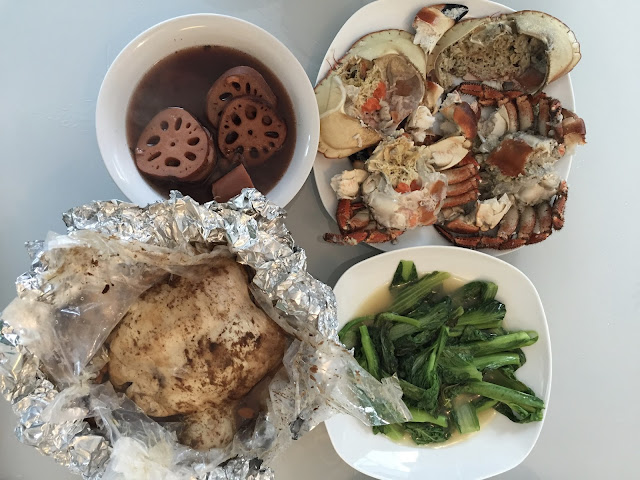 Went to ZH's place for dinner after the parade. I was starving because I skipped breakfast and had the small slice of pizza for lunch..